posted by: admin / Comments Off on European Championships Prize Winners 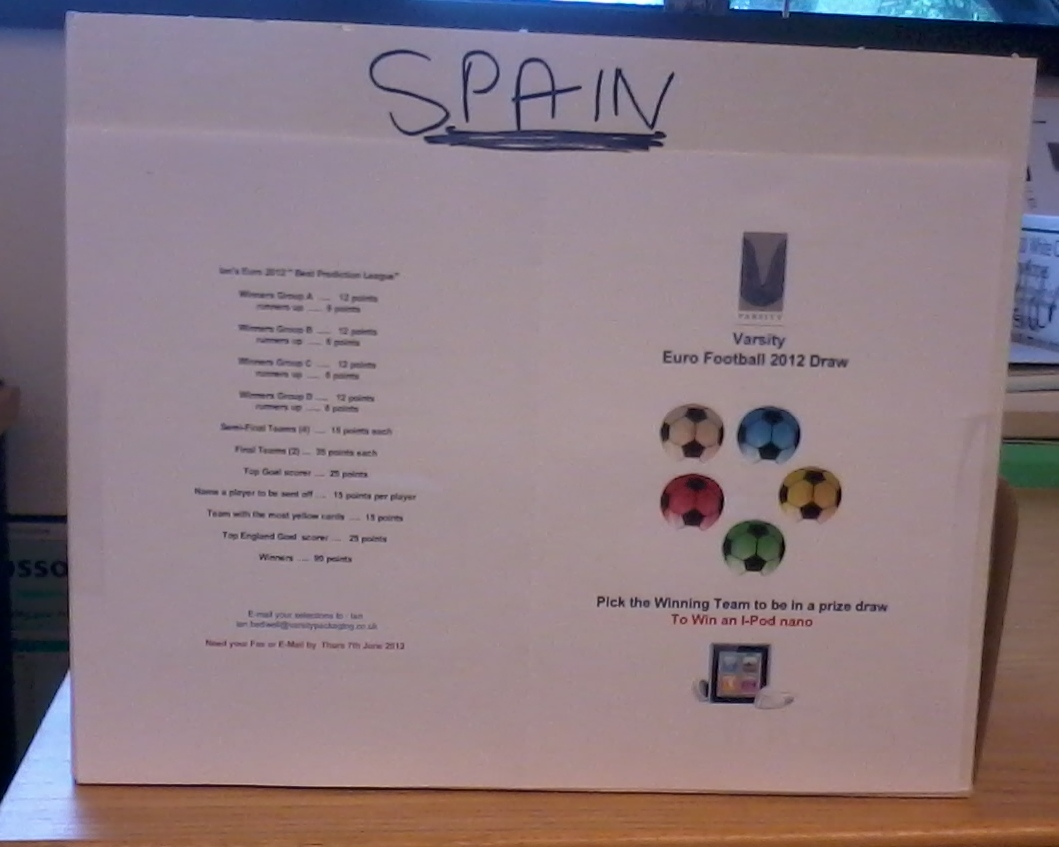 After an exciting tournament in Poland and Ukraine it was Spain once again who proved unbeatable at the Euros 2012.

We ran two competitions over the course of the tournament. The first was to name the winners and the second was a more detailed competition under the heading “Beat the Bedders!” .

In the former competition there were 16 entrants who chose Spain. We put the names into the Varsity “hat” and elected our work experience visitor Alan to draw  the winner. And that winner was…..Peter Stockwell of A. Stevens in Yeovil. Peter will receive an iPod Nano, and we’ll post a photo of the presentation in the near future.

“Beat the Bedders” was a close fought affair right to the very end. At the final stage it was between Jonathan Lees of Manchester Print and Ray French of Harrison Packaging. They both chose Spain as winners, so secured the maximum 90 points there. However, Ray’s selection of Italy as the team to receive the most yellow cards represented 15 points and gave him the victory by a margin of 242.25 to 230.50.  Ray will also receive an iPod Nano and again we will post a photo of the presentation in the near future.